React is a JavaScript library for creating user interfaces by Facebook and Instagram. Many people choose to think of React as the V in MVC.

We built React to solve one problem: building large applications with data that changes over time.

Exploring the software behind Facebook, the world’s largest site

Reason behind this huge brand

Thank You Agger!!! Love you

Daniel Munthe Agger (Danish: [d̥anjəl ˈɑɡ̊ɐ]; born 12 December 1984) is a retired Danish professional footballer who played as a central defender for Brøndby and Liverpool and captained the Denmark national team. Agger was described as “a fine reader of the game, comfortable on the ball and blessed with a ferocious shot”. He was the 2007 and 2012 Danish Football Player of the Year.

He started his senior career with Brøndby in July 2004, winning the Danish Superliga and the Danish Cup, before moving to Liverpool in January 2006. He made 175 Premier League appearances for the club (232 total) and won the League Cup andCommunity Shield. Agger returned to Brøndby for personal reasons in August 2014, and retired two years later at the age of 31.

A full international since 2005, Agger earned 75 caps and scored 12 goals for Denmark. He represented the nation at the 2010 FIFA World Cup and UEFA Euro 2012.

Thanks sitepoint for this wonderful tutorial

Getting Started with the WordPress Theme Customization API

This is the time when we played the
game against CAB…. We were paying 1 minute of silence for all the people who lost their lives in catastrophic disaster a year ago……

WordPress is definitely the world’s most popular CMS. The script is in its roots more of a blog than a typical CMS. For a while now it’s been modernized and it got thousands of plugins, what made it more CMS-like.

The script as an Open Source is the first choice for most bloggers, but it can also be successfully used for designing and devloping simple websites.

END_OF_DOCUMENT_TOKEN_TO_BE_REPLACED 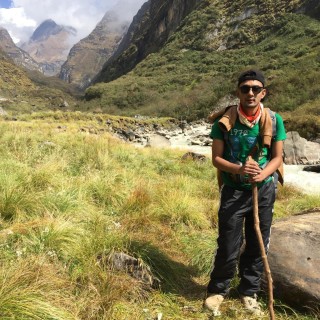 I am WordPress developer at Rara Theme ... I am Liverpool FC fan and a big admirer of Steven Gerrard... I love cricket too.... more importantly, I love to roam with nature.